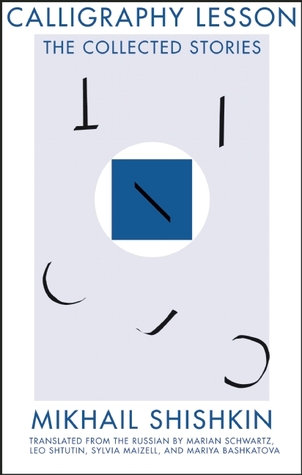 This book from Deep Vellum Publishing marks the first collection of Mikhail Shishkin’s stories in English. Shishkin is a highly-regarded writer in contemporary Russian literature, a winner of multiple literary prizes whose name comes up with the likes of Haruki Murakami and Krasznahorkai László for potential candidacy for the Nobel Prize in Literature.
–
Shishkin’s writing is typical of the literary genre in its skillful achievement of complex, stylistic prose to evoke poignant themes common to all people, including love, life, family, and death. His particular style is impressionistic, which matches the characteristics of his dominating theme: language. The translation required for bringing these stories to Anglophones who cannot read Russian is wonderfully fitting with the primary concern of Shishkin’s prose. Through the narrators Shishkin argues that language is a barrier, something imperfect that can never express an exact truth. Twice he points to the story of the Tower of Babel as emblematic (the start of) the separations that language engenders.
–
Yet Shishkin’s stories explore this concept a bit more deeply, particularly in light of what language is able accomplish, despite its limitations through the art of prose, of the story. His debut 1993 story that gives the Calligraphy Lesson collection its name most strongly delves into this. In this story Shishkin considers words and their formation, whether through the process of basic writing, the art of calligraphy, or spoken and the power that they have to convey meaning both implicitly and explicitly. Moreover, he explores how language can be used to interpret complex human emotions and experience, such as the soul-numbing violence faced by the police investigator in the story.
–
Language allows organization of fragments, it allows the impression of a truth to be conveyed through imperfect means through the interpretations it permits. In one brilliantly written courtroom scene in the title story characters consider one word in Russian and the meaning, the ‘baggage’, that each letter of that word brings along with it, how they resonate in sound and appearance when written. Earlier in the story, Shishkin alternates scenes describing the composition of calligraphic text with scenes that mirror points in aspects of human interactions. Thus language itself is a translation, a transformation of ideas.
–
Aside from the repeated theme of language in general, Shishkin’s stories are also firmly embedded within the historical context of Russian literary history. (Footnotes and one brief, but very informative afterward are provided by the translators to give some grounding to readers.) The most recent story from Shishkin, 2013’s “Nabokov’s inkblot” illustrates this condition most directly with a character-driven tale that features a man considering his present, the weight that we attach to memories of the past, of historical significance broad or personal, and how they may be viewed quite differently in the light of the present moment.
–
The only limitation from the collection, from perhaps Shishkin’s short fiction in general, is the question of where it has grown – or can grow. His mastery of themes shines here, and he follows that dictum of writing what one knows best. His stories all feature male protagonists that resemble their author, literary-inclined Russians, some of whom like the author spend time residing in Switzerland. Can he write more than this? Does he need to even, if this where he excels, where he has something to say. For immediate purposes such questions are somewhat moot. This particular collection is short enough that the thematic repetition doesn’t try the reader, it is the perfect length for the stories to remain engaging. Additionally, stories vary in how far they extend the themes symbolically into the characters. For instance “The Blind Musician” considers language further within the realm of sight, with both the fallibility and unique abilities that blindness could offer.”In a Boat Scratched on a Wall” on the other hand is less of a narrative, something closer to an essay.
–
Books like this make me thankful for publishers of all kinds that support and facilitate translation of the world’s literature into English for the US market. In this case it offers accessibility to a major figure who I would otherwise be ignorant. Deep Vellum Publishing is a Dallas-based nonprofit literary arts organization that specializes in getting translations to market. You can find out more about the organization, their books and their translators at their site. One translator of many of the stories in Calligraphy Lesson, Marion Schwartz, was just shortlisted for the 2015 Read Russia prize for her translation of Tolstoy’s Anna Karenina.
–
Through 5th June 2015 you can enter to win a copy of the Calligraphy Lesson collection through Goodreads’ Giveaway program.
–

Disclaimer: I received a free copy of this from Deep Vellum Publishing via Edelweiss in exchange for an honest review.

Never got around to posting my last review for Skiffy & Fanty, on Sergei Lukyanenko’s The Genome, as translated by Liv Bliss. Well-known for his series of fantasy/horror novels that start with Night Watch, his entry into science fiction parody is world’s apart.

“…If given a more serious tone, a science fiction set-up like this plot could be used to explore such concepts as individuality, free-will, class relations, racism, and colonialism within the murder mystery context. In its parody (or perhaps pastiche – it is never quite clear if Lukyanenko mocks or celebrates space operas of bygone years), The Genome doesn’t put much energy into these kinds of explorations. Instead, its focus is on making the characters and their behaviors fit into science fiction (or mystery) novel stereotypes, thereby coming off a lot like a space opera mashup in the style of the 1976 film Murder By Death written by Neil Simon that did similar things with the mystery genre and its iconic characters….”