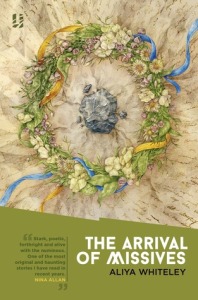 The weight and devastation of the Great War (World War I) has ended. Young Shirley Fearn looks toward her future with hopeful dreams that echo English society’s wish to transition from the bleak, meaningless tragedy of war to a freedom of bright, purposeful possibility. The only child of a village farmer, Shirley has grown up under the expectation that she would settle as a housewife, marrying an eligible young man who could take over the farm. Finishing her schooling and entering into maturity, however, Shirley feels driven towards other goals: leaving a domestic life to train as a schoolteacher at a nearby college.
–
A strong respect and romantic infatuation with her schoolteacher, an injured veteran named Mr. Tiller, helps fuel those goals even more. But her illusions of who Mr. Tiller is and her place in his life become shattered when he comes to her with a wild story of visions of a future disaster, and demands for actions Shirley must take to prevent its fulfillment. With the approaching village celebration of May Day, the crowning of a new May Queen, and the dawn of a new Spring, Shirley is pulled between the expectations of her family, the demands of a mentor, her developing sexuality, and the independent drives of her spirit and intellect.
–
When Unsung Stories contacted me about providing a copy of this for review I really hesitated. Starting in a full time faculty position has gotten me really ‘behind’ in reviews that I’m just now getting back in the groove of putting up/submitting. Did I really want to take on something more? As a novella it is a short length commitment, but the novella form is not something I gravitate toward. And the last (and unfortunately only) book I’ve read from the press previously disappointed. But something made me say ‘okay I’ll give it a look’. I am so glad that I did because The Arrival of Missives is a beautifully written story, a joy to read that actually shows me how effective an appropriately constructed novella can be.
–
I hadn’t immediately recognized Aliya Whiteley’s name (as accomplished as she is), though I later realized I had previously read one of her stories in Strange Horizons. In a way this is fortunate as it really did make this new novella a complete surprise. And who doesn’t love becoming enraptured with the writing of someone unexpectedly? However, whether you are familiar with Whiteley or not, this bit of literature with a touch of genre science fiction and romance is worth considering for an afternoon’s pleasure.
–
At its core the novella is a simple coming of age story, but Whiteley expertly constructs it to address the themes on multiple levels, visiting the ‘old’ and the ‘new’ on multiple levels from personal, societal, historical, and science fictional (time travel). Shirley is a richly drawn character who struggles with issues of identity and independence, but in a way that avoids simple answers or cliché. The other characters are less developed, and the motivations and psyche of Mr. Tiller feel uncertain beyond the need to fulfill the plot. But as a novella the focus on Shirley and her point of view – which itself is confused about Mr. Tiller’s intentions and moral authority – make this necessary.
–
The language of The Arrival of Missives fits its setting, characters, and themes perfectly, and is filled with a range of emotion and descriptive color that simply make the novella a pleasant and engaging read. I recommend giving it a read.
–

Disclaimer: I received a free electronic advanced reading copy of this from the publisher  in exchange for an honest review.

One thought on “THE ARRIVAL OF MISSIVES by Aliya Whiteley”