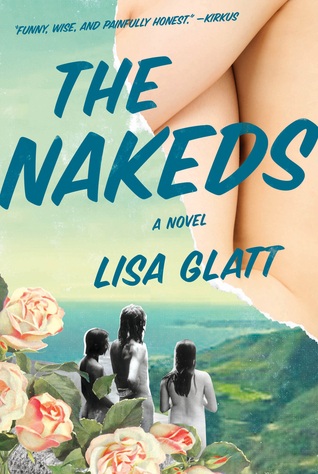 Overwhelmed for a moment by the protracted implosion of her parent’s marriage, young Hannah Teller decides to avoid their bickering and walk to school herself. Conscientiously avoiding intruding on her neighbors lawn, Hannah veers her path into the street only to be violently met by the fender of drunk driver’s car. Martin, the distracted young man behind the wheel drives away from the scene in a panic, leaving Hannah’s twisted, injured body behind.
–
Ripples of effect spread through the 1970s lives of those caught in this brutal chance encounter. Hannah faces an adolescence with a fragmented body, a wrecked leg encased in a toe-to-groin cast that will remain on her for the next decade of treatment. Her parents, Nina and Asher, use the turmoil of the tragedy to abandon all façades in their marriage: the Jewish Asher moves in with the Christian mistress he has been seeing and Nina abandons herself into a fling with Hannah’s doctor. Meanwhile, Martin finds himself debilitated with self-destructive remorse as his drinking becomes exclusively solitary and secretive. He begins to lurk around the hospital, guiltily monitoring Hannah’s initial convalescence and bringing her anonymous gifts, but remains incapable of stepping forward and accepting responsibility.
–
As Hannah learns to live with frustration of her disability and mature into her teenage years, her father grows increasingly distant with his new family and religion, and her mother finds a new husband, Azeem. Azeem is a student of psychology and sexuality who is eager to introduce his new wife to nudism and other elements of the American sexual revolution.
–
Glatt manages to effectively navigate the changing perspectives of these characters, uniting them all with a delicate tone that conveys dysfunction and a raw vulnerability, yet maintains ample lightheartedness. With all its darkness of betrayal, alcoholism, and general selfishness the novel is suffused with humor. There is a constant sense of hope, and moments of love shine through even amid the human missteps.
–
The title refers to Azeem’s repeated mistake of confusing the English word ‘nudists’ with ‘nakeds’. Nude and naked may be synonyms, but the words are each shaded with unique undertones, degrees of vulnerability. And this is ultimately what Glatt’s novel comes down to in its exploration of the characters: a conflict between proudly exposing or recognizing things honestly for what they are, good or bad, and cloaking vulnerabilities behind layers of deception, avoidance, or denial. In many cases the characters voice a commitment to complete openness, being naked both physically and emotionally before the others who they love. But their actions end up showing the lies behind the words, the aspirations. Yet one gets the sense that these characters are not maliciously lying to the people in their lives. Rather, first and foremost, they are lying to, hiding from, themselves.
–
Hannah is the sole exception to this behavior, and for that reason she comes across as the most fascinating perspective, the most endearing character. Trapped in the confinement of her cast, Hannah cannot ever be physically naked, even if she so desired. Yet, she is the one most capable of facing her raw emotions, the naked truth of her predicament in life. She has a bright and investigative mind, but most powerful of all she has exceptional self-realization and self-acceptance. She realizes the limits that her disability place both on herself and her friends when they go to hang out like normal teenagers. But she doesn’t dwell on this; she pursues a normal life and demonstrates immense capability in matters physical and emotional. Unlike her parents, she is able to cope with the turmoils of their families without falling to some cliché of ‘blaming’ herself’, or subverting relationship with them to find solace elsewhere.
–
The Nakeds is indeed an “absorbing” (as described in its blurb) story because of its fascinating characters and the balance of its tone. Glatt’s use of changing perspectives falters some in the latter half of the novel as development turns primarily towards Hannah-Nina-Azeem while Asher in particular is mostly dropped. Nonetheless it is an effective novel that would fit well as an engaging summer read or as a conversation-stimulating book-club selection. For those interested, The Nakeds was also featured in a recent episode of Book Riots’ new All the Books! podcast, and is worth a listen.
–

Disclaimer: I received a free electronic copy of this from the publisher via NetGalley in exchange for an honest review.